Revision of a failed rhinoplasty

People who are planning a rhinoplasty, have usually the fear of a failure of the operation.

Τhey are anxious about the outcome and they wonder if their noses will look uglier and not fitting to their faces after the surgery. 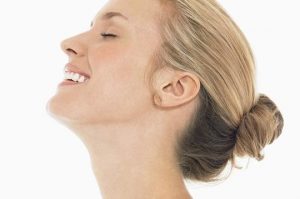 It’s a fact that over the last years we see more and more cases of patients who are visiting us in order to correct one or more failed rhinoplasty surgeries results.

In this case a revision rhinoplasty is necessary.

When we talk about a failed rhinoplasty, we mean a bad appearance and malfunction of the nose at the same time.

Sometimes it is so obvious that the area of the nose has been operated and the re operation is necessary.

Mostly because the nose is ugly but it also seems clearly to impedes normal facial mobility : facial expressions, laughing, expression of disappointment, crying or even smiling.

After a rhinoplasty nose breathing function must be normal.

If there is any difficulties in nose breathing the re operation is necessary and the initial operation is considered absolutely failed.

The necessity of revision rhinoplasty

Many people who are reaching us for a revision admit that they were searching at first a non invasive method of rhinoplasty. Mostly because of the fear of anesthesia, use of scalpel, pain and injections.

They have heard about techniques, that it is said they do not hurt and harass patients.

All this as evidenced by results are simple promises. That kind of rhinoplasty mostly fail and patients are keening specialized doctors who proceed to a correction of a failed rhinoplasty with the classical surgical rhinoplasty procedure re operation, or otherwise called, revision rhinoplasty.

A revision rhinoplasty is really a more demanding operation than an initial rhinoplasty.

The re-operation must be executed by specialized and experienced facial plastic surgeons, in order to correct the mistakes of previous failed rhinoplasty in a right way, as also restore the beauty and function of your nose.

How we fix failed rhinoplasty faults

Revision rhinoplasty aims are generally identical to those of an initial rhinoplasty. Although many times there are restrictions, due to heavy deformities caused by the initial surgery.

Some of the mistakes that may have occurred in previous failed rhinoplasty surgery and the way to be corrected only by experienced specialized plastic surgeons are:

Our facial plastic surgeon gives the answers at your questions.

Is the surgery painful?

Exactly as in the initial rhinoplasty surgery. If the correct technique is applied during surgery, postoperative pain for the patient is negligible. Removing the internal packing is completely painless too.

For how long does the swelling of the face lasts?

When a very small intervention is performed, there may be almost no swelling.

If a larger operation is needed, there is a very small swelling and bruising to the nose area, which in about two weeks vanishes.

When will I see the final surgery outcome?

If a short operation is performed – a small imperfection in the hump for example – then the result is immediately apparent. After the splint removal the outcome is almost in its entirety perceived.

If more adjustments have been made, by removing the splint (a week after) the difference in the shape of the nose is immediately noticeable.

Just a week later the swelling is reduced and we have already the 80% of the result. At about 3 months we have almost the entire result.

About a year after, the nose is strong, durable, and the result is permanent.

What about the nose function?

Normal nose breathing is restored the very next day after the painless removal of the internal packing. Normal functionality of the nose is permanent.

When will I exit the clinic?

Same day of the surgery, or next morning you can go home in safety.

Do I need to visit the surgeon after the re operation?

BEFORE AND AFTER PHOTOS